There is funding to save Wanganui Collegiate but not Kauri

There is funding to save Wanganui Collegiate but not Kauri 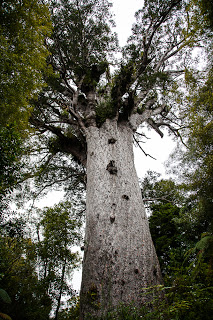 The 2013 budget contains $2 million new money so that Wanganui Collegiate can be solved but the end of funding for research into how Kauri can be saved even though research is showing promising results.  There is something wrong with these priorities.

I blogged recently about the Government’s failure to continue funding of research into Kauri Dieback disease.  The recent draft report into the operation of the Waitakere Ranges Heritage Area Act 2008 shows clearly that Kauri Dieback is the biggest natural threat to the natural health of the Waitakere Ranges.  Yet despite this the Government has given up on the research.  It is willing to spend $2 million on saving Wanganui Collegiate but nothing on saving Kauri even though some very promising areas of research have been identified.

It is thought that the disease first appeared in New Zealand as early as the 1940s.  The understanding of how the disease is spread is not complete but it is believed that spores are spread by waterways and water films within soil as well as by feral pigs.  Joggers and walkers with spores on their show are also a likely source of the disease’s spread.

There is a disturbingly high incidence of the disease near the walking tracks in the Waitakere Ranges.  As a precaution some tracks have been closed.

Auckland Council and Department of Conservation officers and scientists have been conducting research on the disease.  They have done sterling work and their research and efforts to deal with PTA are starting to show results.

Apologies to the gross simplification of work being done in the area but I believe that their approach can be categorized as follows:

1.     They are experimenting with a chemical that they believe may treat PTA.

2.     They are working out, Gaia like, how to maximize natural inhibitors to the spread of the disease.

The chemical trial involves the use of phosphoric acid and trials have occurred for the past two years.  In 2011 glasshouse experiments were conducted.  The experiment involved the application of phosphoric acid either by spraying, by the use of a hypodermic needle or as a soil drench.  Trees were infected with PTA either by the introduction of a contaminated rice grain to a sore or through introducing inoculum to the soil.

Fourteen Kauri infected through the inoculum technique and left untreated were dead within 20 weeks.  But 15 further Kauri injected with phosphoric acid were alive and healthy after the same period.  Lesion growth was significantly smaller in treated trees than in untreated trees.  The application of phosphoric acid through spray or soil drench also had a positive effect although less beneficial effect on the trees’ longevity.

In trees that were trunk inoculated with PTA only the injection method provided significant disease control.

Field tests were then conducted.  In a Plant and Food Research report prepared for MAF and released in March 2013  it was noted that in one of the field tests a higher number of untreated Kauri appeared active (expressing fresh ooze) than treated Kauri.  The phosphite did adversely affect the Kauri initially but a subsequent examination showed that the trees recovered.

This work was being funded by the Joint Agency for Long Term Management of Kauri Dieback Disease for which funding is running out.

The second area of work involves a series of assessing holistic and alternative methods to improve kauri health and/or to control PTA as well as using natural enemies of phytophthoras which can parasitise and/or produce antimicrobial compounds that inhibit pathogens.  This approach has been successfully adopted in sustainable and organic horticultural production systems, for example in organic avocado orchards.

These trails are underway on private land with the participation of the affected landowners and the commercial/private industry companies that produce these products. These are all field trials and the health of trees which have been treated with a range of different products is being monitored.

As with the phosphite trials monitoring is underway but a few seasons of tree growth are required to measure how successful the trial is.

The latest budget does not have any good news.  The final funding of $335k is due to be spent in the 2013/14 year and there is no further provision.  All of this work faces the chop.

This is very disappointing.  When the likes of Tane Mahuta are facing extinction and with there being some success with the techniques being used you would expect the Government at least try and do something.