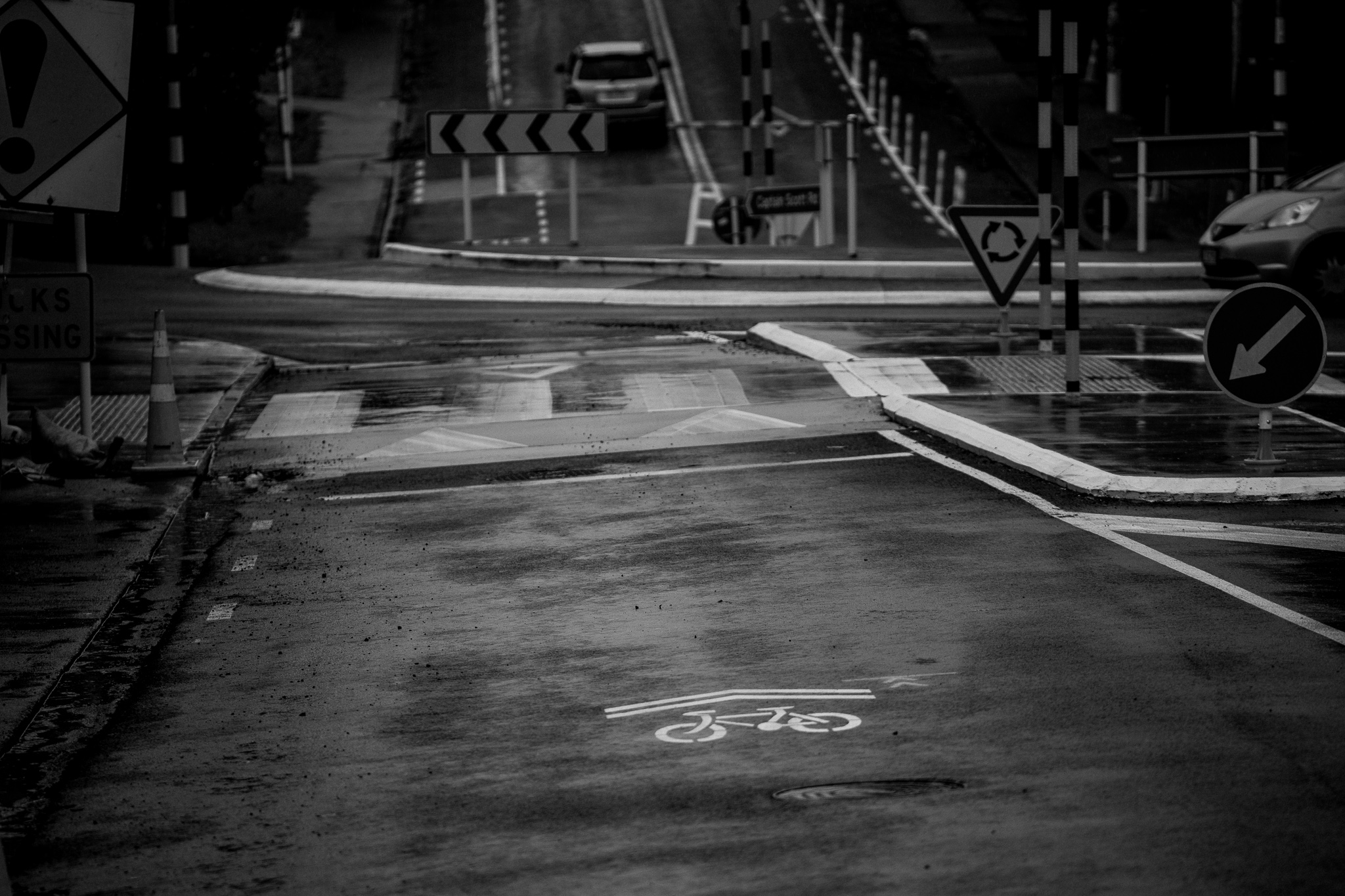 This is my personal take on local interest in the Glen Eden Cycleway recently created on part of Captain Scott Road.

Cycleways have been in the news lately. They seem to provoke considerable dissent wherever they are implemented. If they are stand alone new infrastructure then opposition is muted. But Auckland in particular is so car centric in its design that any implementation of a cycleway at the cost of road space attracts criticism.

I can understand the concerns. There is the fear that ever worsening congestion will be made even worse by removal of space that cars have a monopoly over. That taking away car parks for whatever reason will mean that local town centre businesses will have fewer clients.

But there are three very strong counter arguments to these concerns:

And coversely the opposite also happens. Taking away road capacity reduces demand for travel as people adjust.

There is an even stronger reason for Council to maximise the attractiveness of walking and cycling.

We are in the middle of a climate change emergency.

This is the potentially most devastating but most complex threat that our world faces.

It will not be solved overnight.  To deal with it will require a sustained effort over decades.

And transport is a major contributor to greenhouse gas emissions.  If we want to meet country and regional goals of being carbon neutral in the future we have to act now.

The big PT projects are important. But they are expensive and they take a long time.

As an example double tracking and electrification of the western line started in 2001 but was only completed in 2015.

City Rail link which is absolutely vital for the city started in 2016 and should be complete by 2024.

Transport is a major contributor to greenhouse gas emissions and if we are going to meet our goal of New Zealand being climate neutral by 2050 then we are going to have to make some rather radical changes to the way that we live.

This is why walking and cycling are so important.

The local board as its contribution has formulated our Greenways Plan, designed to complete a walking and cycling network in our rohe. We believe that we can make a real difference by promoting local projects that improve on existing discrete walking and cycling infrastructure.

There is an existing cycleway through part of Glen Eden built as part of Project Twin Streams. You can cycle from the southern border of Ceramco Park to past the carpark and then through to the back of Savoy Road. The cycleway is of high quality and very pleasant. But it does not go very far. The cycleway is in the map below.

We had discussed with Glenora League the possibility of a bridge from the end of the cycleway over to their land and for the cycleway to then continue through Harold Moody Reserve but they were concerned about the implications for parking and safety and declined our suggestion.

So the temporary cycleway on Captain Scott Road was the best alternative. It is temporary at this stage and its benefits will be reviewed.

The desire is to make it safe for cyclists. The advice we had was that it needed to be placed on both sides of the road and that parking would have to be stopped for the affected part of the road.

The intent is to improve safety for cyclists getting into Glen Eden. Eventually we want to create another cycleway to Sunnyvale from Glen Eden, and once the Te Whau Pathway is completed we would want a safe link completed to there.

Auckland has lots of good quality and safe small cycleways. To make them functional they have to be joined up. This is why projects such as Captain Scott Road are important.

There is disruption occurring. An estimated 60 car parks have been removed. They have not been lost, people can still park in adjoining roads, They will have to walk further. Some car parks will no longer be required in and around the town centre as people take up biking instead of driving.

But we have to improve our cycling infrastructure. As David Slack described the situation in his blog More than a Fielding (paywalled):

We aren’t clamouring for bikes because we want to enhance our leafy suburbs and it goes with our lattes, we’re doing it because there needs to be huge change in the way we get around. We can’t go on filling the atmosphere with emissions. For many of our trips we could be getting out of cars and onto bikes, and that’s what needs to happen.

Bikes are not some quirky oddball novelty, no matter how many mediocre Heathers and Mikes and Stevens still see things that way.

People are finding to their delight that riding a bike is a quicker, easier, more comfortable way to make many of your trips.

If we just give them space they will make many more of their trips on a bike the same way people have in city after city that has already seen sense and switched to a better future.

The test is to see if we can reduce congestion, improve the attractiveness of Glen Eden, make it safer for cyclists and make the Greenways network more complete and more attractive. And take further steps that need to be taken now if we are going to avoid the worst excesses of climate change.

I am confident that we will be able to meet at least some of these goals. And I am convinced that for the sake of our community, particularly the young that will face the ravages of climate change if we do not address it adequately, we have to try our best.