Oil drilling in Maui’s dolphins habitat up for consultation again.

Oil drilling in Maui’s dolphins habitat up for consultation again. 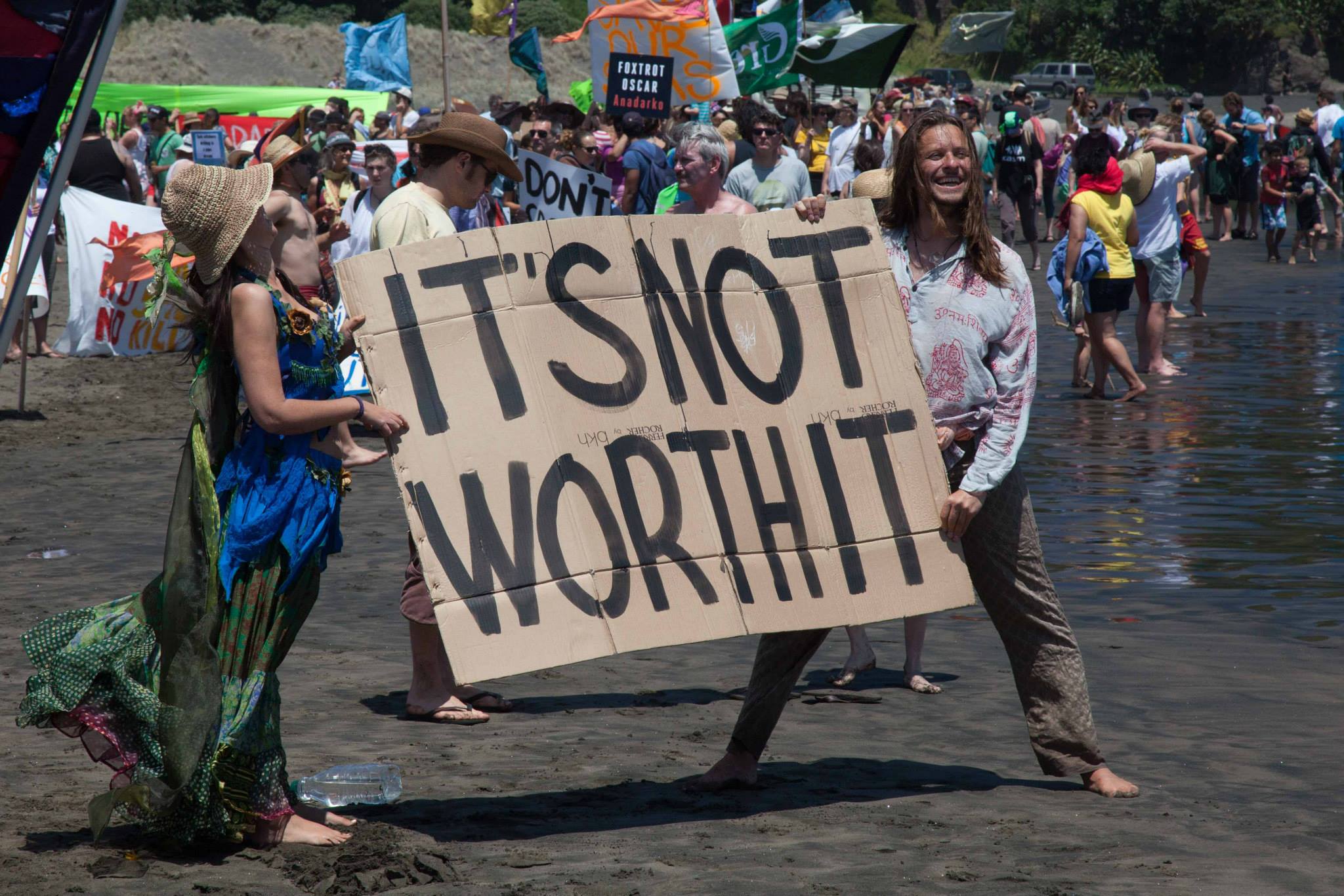 The yearly block offer for areas the oil industry may want to drill in is again open for consulation.

The process has become a yearly flash point for opposition to off shore oil drilling.  The offered area includes part of the Tasman Sea about 25 kilometres off the west Coast of the Waitakere Ranges.  Theoretically we could have oil rigs visible from the Piha shore.

It is an issue I have taken an interest in since 2013.  Essentially my position is that the West Coast is too precious to risk contamination, and in any event if humanity is to actually do something about climate change, then undiscovered oil deposits need to be left in the ground.  And what better oil to leave than the really expensive sort where if an accident did occur our West Coast beaches would be devastated?

As said by Bill McKibben, the co-founder of 350.org:

One lesson of this work is unmistakably obvious: when you’re in a hole, stop digging … [t]hese numbers show that unconventional and ‘extreme’ fossil fuel – Canada’s tar sands, for instance – simply have to stay in the ground.

Given these numbers, it makes literally no sense for the industry to go hunting for more fossil fuel. We’ve binged to the edge of our own destruction. The last thing we need now is to find a few more liquor stores to loot.”

In 2013 the block offer consultation occurred shortly after the election and Auckland Council did not seek the Waitakere Ranges Local Board’s views despite us having a special interest in what happens offshore of the Waitakere Ranges.  The proposal at that time was to allow exploration to within 6 nautical miles of the shore.

Although we did not have input into the Council submission we did write directly to the Minister in charge , stating “[w]e ask you not to risk the catastrophe that an oil spill would create by issuing exploration permits. Auckland has invested too much in protecting this coast to see it put at risk by petroleum drilling.”

We also helped organise a protest on Piha Beach where the message was to leave the West Coast alone.

In February 2015 the board opposed the exploration plans and urged Council to do the same.

Saffron Toms and I went to Council to present our submission on the matter.  We emphasised that the area was the habitat of Maui’s dolphin, a critically endangered species and that the seismic testing used by the Oil Industry would potentially cause much harm to them.  We pointed out that the country’s oil spill response equipment was totally incapable of dealing with an off shore disaster.

We urged Council to oppose the allocation of petroleum exploration permits in the West Coast area.

Cathy Casey moved this as an amendment to the resolution and the voting went down to the wire.  It required the casting vote of George Wood to note the amendment down.

Call me old fashioned but I always thought the best way to oppose something was to say so.   I am not advocating that we all stop driving immediately.  Just that we start making changes.

The 2017 Block Offer proposal is now open and submissions close on November 18, 2016.  Hopefully  this time there will be a progressive majority on Council willing to tell the Government that in order to protect very endangered species and preserve an area of immense beauty (while helping to prevent the planet from cooking itself), the West Coast of the Waitakere Ranges should be left alone.