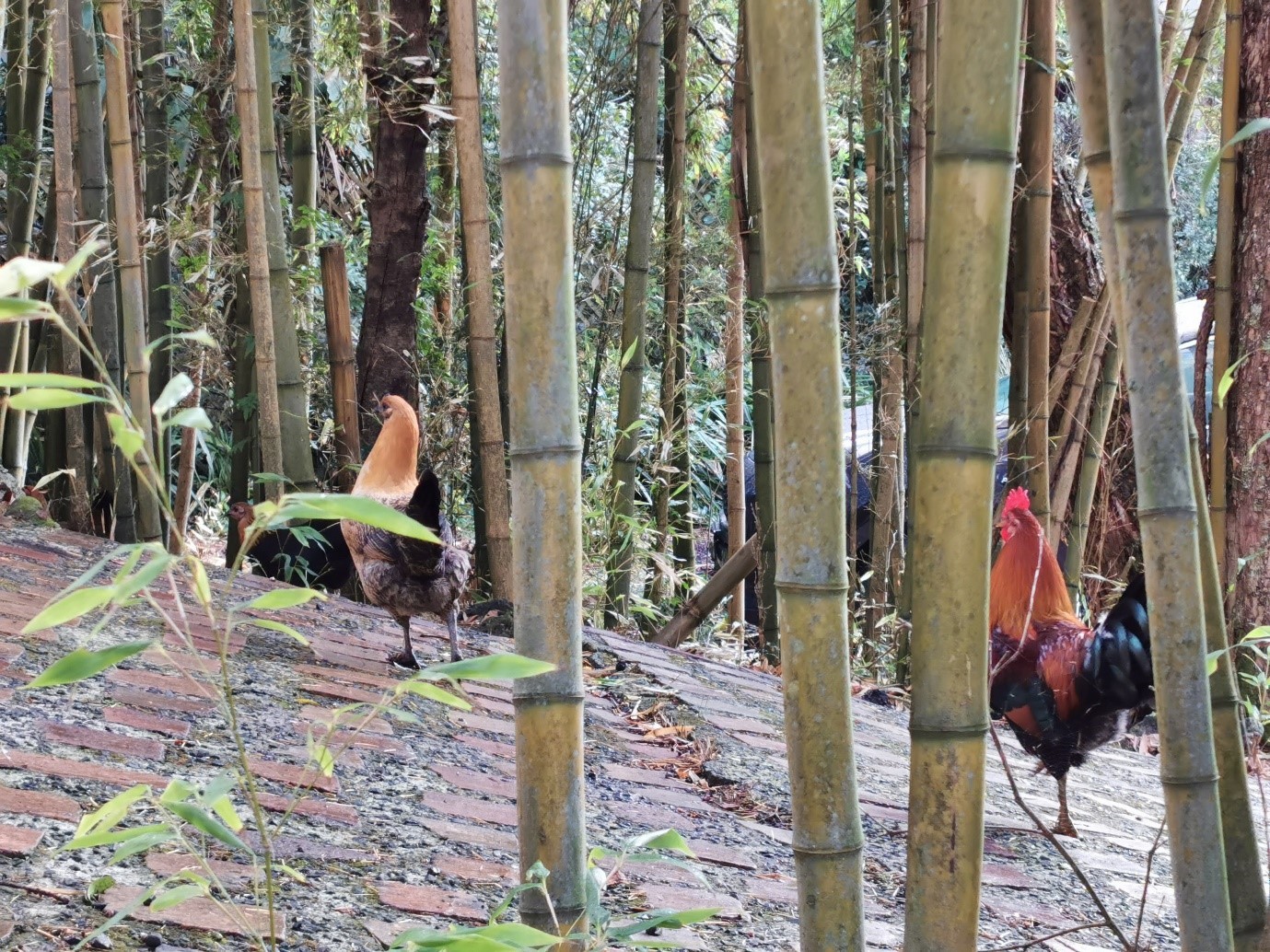 It has been quite a week.  My last chair’s report referred to the re-emergence of Titirangi’s chickens and it appears that the media picked up on this.

Seven Sharp ran a light hearted piece on the re-emergence of chickens in Titirangi post Covid.  Then the Guardian ran with the issue and I was interviewed and provided some comments.

The author Stephen King (yes the real Stephen King) picked up on the issue and retweeted the Guardian’s article which had the headline “‘Like a Stephen King movie’: feral chickens return to plague New Zealand village”.  The reference to him was from a comment made by a local.

The Guardian article trended for a while and was among its most popular articles.

Canadian media also picked up on the issue.  Media requests came thick and fast.  I can fairly safely say that for a day I was enjoying more international media attention than Prime Minister Jacinda Ardern was.

The stories were all quite funny and had the theme that since New Zealand can beat Covid 19 why can’t we beat a bunch of feral chickens?  I was happy to be the subject of some levity given what the rest of the world is going through.  I really prefer living in Waitakere right now.

The chicken situation is way better than it was last year and the rat infestation that we experienced has been dealt to, thanks in no small part to staff and contractors and also to the sterling efforts of the South Titirangi Neighbourhood Network.  But we can’t afford to let the problem get out of hand.

So just as the message for Covid 19 was simple yet effective, keep social distancing and wash your hands, the message for chickens is also simple, PLEASE DON’T FEED THEM.

Council’s consultation on the emergency budget is coming to a close.  The issue is important and the decisions made will have a major effect on the local area.  The board has not formally resolved on its response as yet but already there are a number of themes emerging from our discussions.

Certainly Council is working within very difficult parameters.  Its income has been and will be hit, there are real issues of affordability and the Council is afraid that the credit rating agencies will review downward Council’s debt.

And while the decision to prioritise capital projects to those where there is a legal obligation to do so at one level is understandable it does mean that smaller quicker but important projects, such as walking and cycling projects, are sidelined.  Council is favouring the projects that will do the least for climate change.

The city only has a decade left to get itself into share for a carbon free future.  We cannot afford to have this sort of delay occur now.

The local board is working on its feedback and this will be reviewed at our next meeting.

One of the repercussions of the budgetary pressures is that completion of tracks on local parks in the area will be delayed.  Following is the latest table of works showing approximate completion dates.  I am afraid these dates will be pushed out further.

Auckland Council is conducting a review of the Regional Parks Management Plan.  Local Board members attended the Committee meeting where the review was kicked off and asked that the local board be fully engaged in the process.  We are in a unique position.  The Waitakere Regional Park occupies over half of our local board area and the Waitakere Ranges Heritage Area Act means that our commitment to preservation and enhancement of the area is all important.

Council will be holding a workshop in the near future and it has been indicated that the local board can be involved from this stage.

By the time this meeting has been held the local board would have met with members of the Glen Eden Business Improvement District.  Rebuilding the local economy will be of utmost importance.

The BID has launched a buy local campaign and I would want to fully endorse this.  The local economy is now in an awkward stage.  The first wage subsidy payments have now been used up and a second payment for businesses still struggling is in the process of being paid.  But this will run out soon and there are already redundancies taking place.  As our community’s spending power lessens the effects will be felt.

One of the best things we can do is for us to support local businesses and buy local.  For those of us able to afford the luxury of overseas holidays they will not be a feature.  We should do our local community a favour by buying local instead.

With our boarders closed and with globalisation on the retreat local will be even more important than before.

He waka eke noa, we are all in this together.

The old Karekare Surf Club is being demolished and a new building erected in its place.  As part of the transition a ceremony was held to mark the closure of the old club and to acknowledge the club’s history.

Former Waitakere mayor Bob Harvey who is now club president and chair Andy Shaw both spoke and talked about the history of the club and the beach and the special role that it plays.

Bob displayed a photo which I understand was taken in 1939 when the club was first opened and showed the exuberance of youth.

Like our other surf lifesaving clubs the Karekare Surf Lifesaving club performs outstanding work based on the contributions of volunteers.  I am sure their new home will allow them to continue to achieve the good that they do.

The local board has been a supporter of the living wage since its inception.  It has been my privilege to have moved the resolutions supporting Auckland Council being a living wage employer.

I recently received a letter from the Living Wage Movement which said this:

“Dear Greg & Members of the Waitākere Ranges Local Board,

On 20th March 2020, just few days before the COVID 19 lockdown, the Living Wage Movement Network in Auckland supported the Auckland Council Annual Plan 2020/21 with the hope and expectation that the Council would ensure that workers, employed by Council contractors on a regular and ongoing basis, are paid the Living Wage. We ask the support of your Local Board in endorsing the Living Wage for inclusion in the “Emergency Budget” this year.

We understand the Auckland Council is facing enormous challenges with the looming economic recession, but this makes it more important than ever to pay the Living Wage to contracted workers. This will be a step toward realising the vision in which all Aucklanders can participate in community and civic life of a World Class City. We are all in this together.

The Auckland Living Wage Network representatives are available to speak in support of this.”

I do not think it is necessary for them to speak to us.  But I would like the local board to reconfirm it’s commitment to Auckland Council being a living wage employer.