What Auckland Council needs to do about climate change

What Auckland Council needs to do about climate change 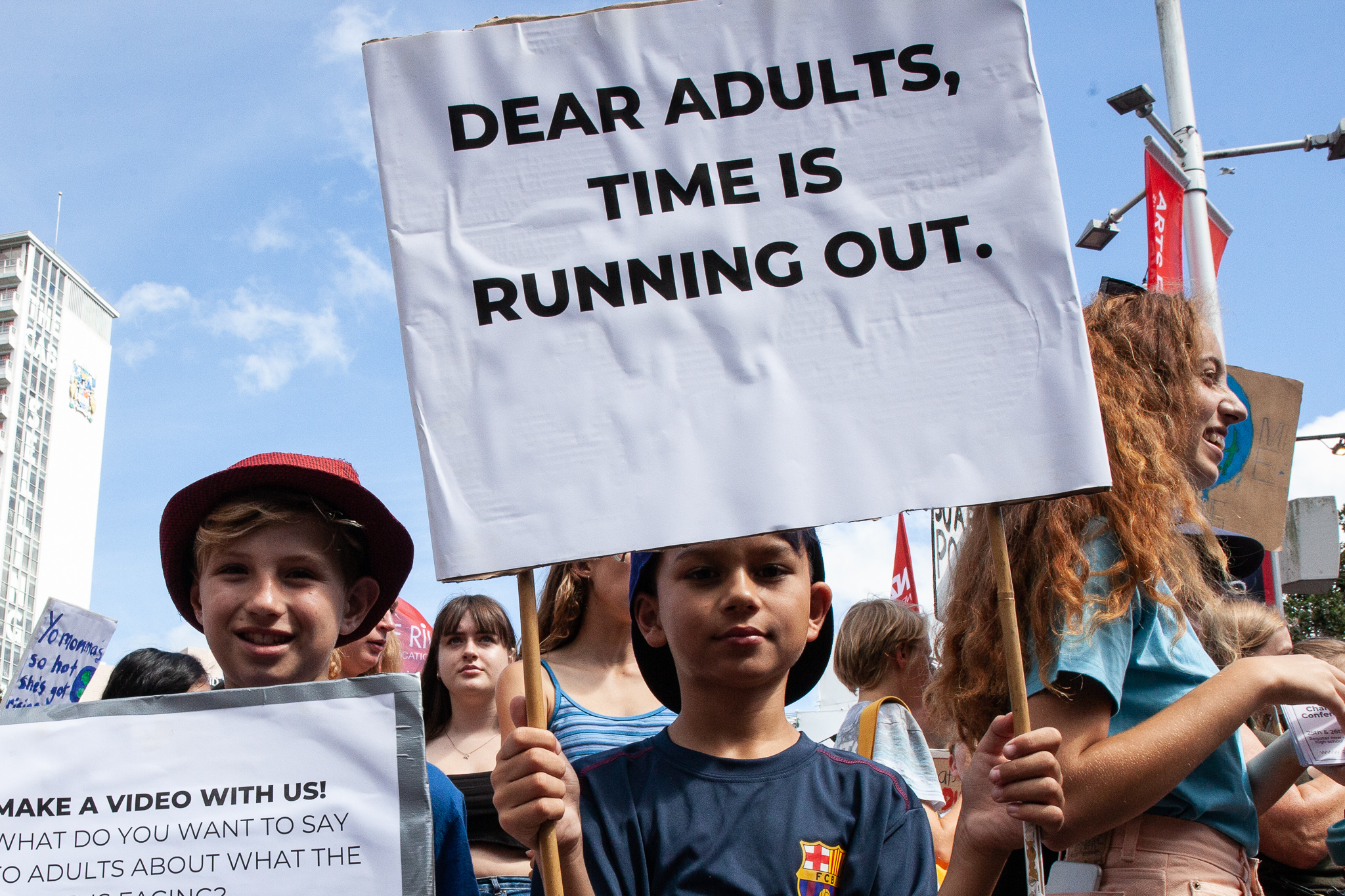 Australia is currently burning. In the state of Victoria it is estimated that 200,000 hectares of forest has burned. Nationally the figure is 5 million hectares. Sydney has had dense smoke clogging the city for weeks. The Blue mountains have been severely affected. The State of New South Wales has already lost an estimated 30% of its koala population.

It is not even peak bushfire time which normally starts in April.

And it is getting worse.

NSW Rural Fire Service commissioner Shane Fitzsimmons has said that it is “absolutely” the state’s worst bushfire season on record. He also said this:

We’ve seen extraordinary fire behaviour. What we really need is meaningful rain, and we haven’t got anything in the forecast at the moment that says we’re going to get drought-breaking or fire-quenching rainfall.”

Australia is not the only country to experience unusual weather patterns and severe adverse consequences. In the United States fires in California are becoming a regular event. It is comical that Donald Trump and Barnaby Joyce are both trying to blame green policies relating to undergrowth for the fires. The cause is clear, increased temperatures and changing rain patterns caused by climate change, just as predicted by numerous scientific studies over the past few decades.

We have got to the stage where kids still at school are lecturing grown up politicians on the subject, and demanding action.

We are facing a crisis. Even the United Kingdom Conservative Government realise this. Their goal, to achieve carbon neutrality by 2050, matches this country’s proposal. Jacinda Ardern has rightfully called the issue her generation’s nuclear-free moment.

Phil Goff campaigned on the issue at the last local government election. He has recently released the Mayoral Budget Proposal and the accompanying press release said this:

“However, we can’t afford to wait to take action. For that reason, in this annual budget, I am proposing urgent initiatives to demonstrate the council’s leadership in taking measures to cut its own emissions,” Phil Goff says.

“Under my proposal, we will cut our emissions by nearly 20 per cent by moving swiftly to decarbonize our vehicle fleet and shifting to sustainable energy across our community facilities.”

Other measures in the mayoral proposal include:

• $2.7 million to expand tree planting activities across the region by 50 per cent, with at least 1.5 million mainly native trees set to be planted over the next three years to absorb carbon emissions
• Investment in research to understand how the council can effectively achieve its climate goals
• Appointing an independent expert to review the provisions in the Unitary Plan and determine how it can better support climate change adaption and mitigation
• Continuing to fund climate education in our schools and communities, to empower people play a role in reducing emissions and caring for the environment

Phil Goff says, “Transport is a major contributor to carbon emissions, and my proposals to make public transport cheaper for kids, alongside continued investment in the public transport network, will increase patronage as well as reducing traffic congestion and emissions.

“Our work on climate change will complement the more than $700 million we are investing in water and environmental projects, as well as the $57 million we will spend on land for parks and open spaces over the 2020/2021 year.

Former Mayoral candidate Mark Thomas, who has strong associations with the National Party, thinks the measures are not enough. And I agree with him.

In a guest post in Newsroom he said this:

Auckland Mayor, and former Environment Minister, Phil Goff, had a chance to start a new city direction on climate change, one of his big re-election campaign priorities, when he outlined his budget plans for next year.

In doing so he repeated what he often said during the mayoral campaign: the council needs to act urgently to address climate change.

Yet the four modest climate change announcements he made won’t be fully underway until July next year and the bigger ones will take five years to implement. At a cost of $18.9m over the next five years, they represent a rounding error against total Auckland expenditure of $24 billion over the same period. The 6,000 tonnes of carbon that will be reduced by his key initiatives will cut the regions’ annual CO2 production by less than 0.2 percent.

And I also find myself agreeing with Thomas about what can and should be done. He said this:

Although Auckland’s new climate action plan may be adopted by the council in the early months of 2020, Goff said any substantive decisions and significant budget changes would have to wait for the next 10 year budget – which won’t start until July 1, 2021.

This is a strange emergency.

A more ‘urgent’ response would be to introduce an extraordinary amendment to the 10 year budget. Christchurch council did this in the years following its earthquakes. Other councils do this when either unexpected or unplanned-for events arise.

In the long-prepared draft Auckland climate action plan there are 70 actions, a number of which could be pulled into an “extraordinary” budget change.

– use council property to drive innovation in renewable energy development

The last Council introduced special rates to deal with water quality issues and environmental issues, particularly Kauri dieback. These rates are calculated to raise $452 million and $311 million respectively over ten years. Most people were very supportive of these rates. Regionally 60% supported a targeted water quality rate. In the Waitakere Ranges the figure was 62%. And 70% of locals supported a Natural Environment Targeted Rate compared to the regional total of 65%.

Maybe it is time for Auckland Council to think about a Climate Change special rate, or more specifically a Greenways special rate. And rather than wait for a couple of years get it underway now using the emergency procedure.

In the Waitakere Ranges area the local board has completed our Greenways Plan. This is something that I am very proud of. It sets out a blueprint of how our walkways and cycleways could look.

But we don’t have the funding to do any more than a small proportion of the plan. The most expensive and most strategically important is the cycleway between Sunnyvale and Glen Eden running adjacent to the railway line. But this had a construction cost in the vicinity of $8 million back in 2008. You could double or triple the cost now. And our dedicated transport capital fund, which is cherished, is not nearly enough for this size project. It is currently $670,000 per year. It would take approximately 30 years to accumulate enough capital to complete it. And this is just one project of many in our Greenways list.

Other local boards have also developed Greenways Plans. The ones that I am aware of include Puketapapa, Whau and Waitemata.

If we are going to be carbon neutral by 2050 this means that by about 2030 the introduction of petrol powered cars into New Zealand’s fleet will have to be rarity. But we will not be able to afford to replace 2.4 million vehicles overnight. Which is why alternatives to driving, whether it be public transport, or walking or cycling or scootering will need to be nurtured and supported as much as possible.

So what I would like the Council is to create a dedicated Greenways rate so that our walkways and our cycleways can be built.

AT’s current plans are to spend $635 million on creating 150 km of cycleways in the city in the next ten years. No new cycleways are planned for the Waitakere Ranges area.

It is predicted that there will be a 4% modal shift because of the new cycleways. The figures are however business as usual and will not create the significant change that is needed.

When you extrapolate it the figure suggests AT will build 15 kilometers of cyclelanes a year. This year the goal was 10 kilometers and AT was not able to even do that.

There will be a multiplier effect. A contribution by NZTA should be available. And I believe it important that local boards are fully involved in decisions of which cycleways to construct.

The Mayor’s brave proposal to increase rates so that the city can improve water quality and protect Kauri was the correct one. But the argument to get a dedicated fund so that we can get our city ready for a post petroleum future is I believe especially strong and especially urgent.

In the immortal words of our Prime Minister, let’s do this.