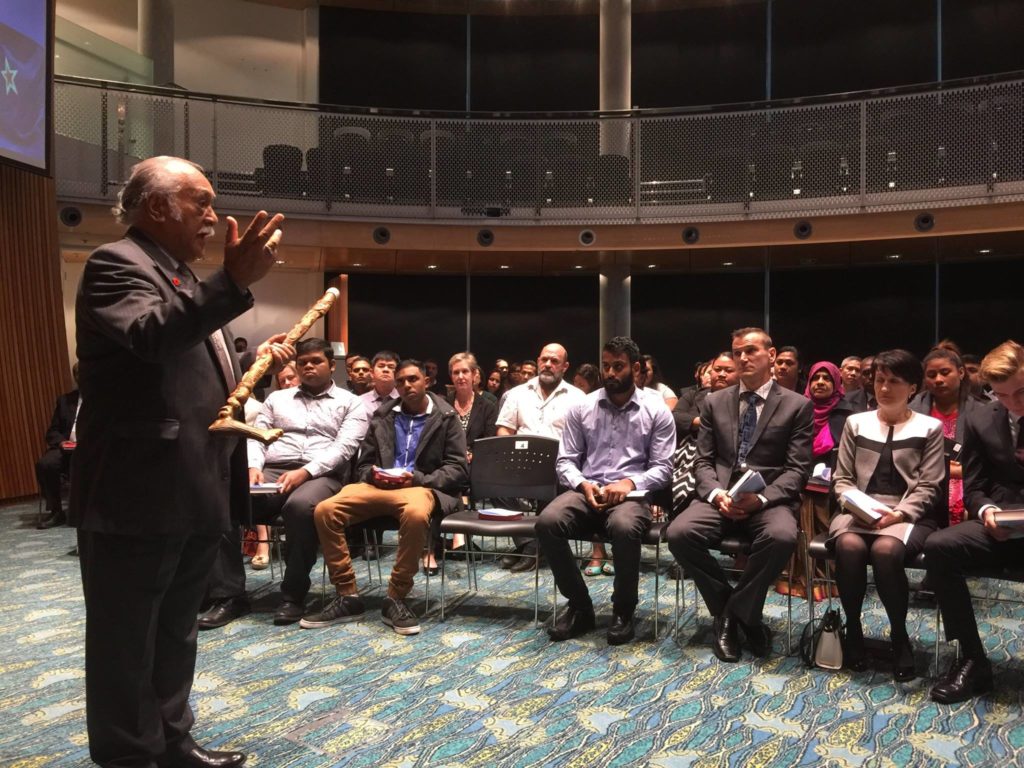 One of the best parts of the job is attending citizenship ceremonies. My job is to preside over the ceremony and to administer the oaths of allegiance. People from many countries and cultures gather together to pledge allegiance to the Queen of New Zealand and become proud kiwis. At the end of the ceremony we all stand and proudly sing the national anthem in Te Reo as well as in English.

The Te Reo version is a more recent addition to the national anthem but it has made in my view a vast difference. Now the anthem feels so much more appropriate and relevant.

And Te Reo is so important. It needs to be infused into everything that we do. Why?

As the Waitangi Tribunal said in one of its most important decisions:

The ‘guarantee’ in the Treaty requires affirmative action to protect and sustain the language, not a passive obligation to tolerate its existence and certainly not a right to deny its use in any place. It is, after all, the first language of the country, the language of the original inhabitants and the language in which the first signed copy of the Treaty was written. But educational policy over many years and the effect of the media in using almost nothing but English has swamped the Maori language and done it great harm.

We have recorded much of what we were told of the effect upon Maori children of our educational policy and it makes dismal reading. It seems that many Maori children leave school uneducated by normal standards, and that disability bedevils their progress for the rest of their lives.

We have recommended that te reo Maori should be restored to its proper place by making it an official language of New Zealand with the right to use it on any public occasion, in the Courts, in dealing with Government Departments, with local authorities and with all public bodies. We say that it should be widely taught from an early stage in the educational process. We think instruction in Maori should be available as of right to the children of parents who seek it.

But there is still a residue of red neckery in the country that opposes any suggestion that we should recognise the importance of Te Reo Maori.

A New Plymouth councillor previously censured for making offensive and divisive comments has posted on Facebook about his “shame” in singing the Māori version of the national anthem.

Under a post made on Steve West’s Facebook page, which asked people to “name a song you are ashamed of singing” Murray Chong replied with: “The te reo version of the NZ national anthem”.

West, who alerted Stuff to the Facebook exchange, then asked Chong if he was threatened by it.

He was then asked by Stuff for a response and this response was provided:

When contacted about his view on the te reo Māori version of the national anthem, Chong – who declined to speak directly but responded via text message- was unapologetic.

“Firstly why would anyone have to sing the national anthem again when they have just sung the original version that they are accustomed to. And secondly since being a councillor (I) have also noticed on many occasions other councillors that don’t sing it twice and only sing the English version,” he said.

To be frank his comments are appalling. He should learn from his previous Mayor Andrew Judd who as Mayor went through a profound change of opinion and became a huge supporter of Maori representation on Council.

The next time I sing the National Anthem I am going to sing the Te Reo version even more loudly and proudly. To try and make up for the views that Murray Chong has expressed.

Not as beautifully as this, but you get the drift.