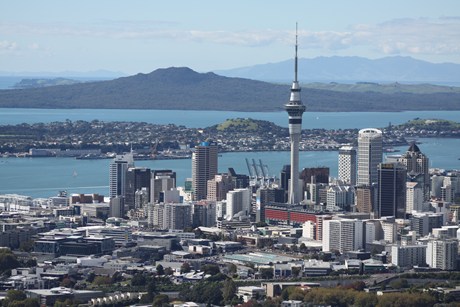 Details of Auckland Council’s new rates bills have been released this week. No doubt many are wondering why the super city is not working out in the way that was promised …

There is this belief that left wingers and progressives prefer to increase rates and taxes and right wingers prefer to decrease them. In my personal view the belief is simplistic and frankly wrong. But it is time for progressives to start challenging this belief and to set out how Auckland City can be run more fairly, more sustainably and more cheaply.

One of the reason this belief exists is because of time frames that different parts of the political spectrum respect. I personally am all in favour of expenditure that may be expensive in the short term but save money in the long term.

A classic example of this is the inner city rail link. If Sir Dove Myer Robinson’s aims for light rail back in the 1970s had been put into place then Auckland’s form would have been significantly different. Instead of being a motorway clogged car friendly but person unfriendly behemoth it could have been something approaching the world’s most liveable city.  The inner city rail link potentially has a similar transformational long term beneficial effect although it will cost in the short term.

Forward looking leaders will spend money now on infrastructure that will be needed in the future so that it is in place when the need arises. If we do not start building the inner city rail link now then Britomart will soon clog up and the full potential of Auckland’s rail system will be delayed by years. We need to prepare for this event now.

The right tend to look at these projects and see only costs without measuring the greater benefits. It is easy to make a balance sheet look good short term by putting off important expenditure but long term the downside is always more expensive and the remediation costs more extreme.

Having said that I believe that it is possible for residents to have lower rates to pay and for Auckland to be a better place to live in.

How do we achieve this?

There are two recent decisions made by the Council that I disagree with which will raise residents’ rates bills.

Firstly I believe the transport levy is completely unfair even though the funds are necessary. This is because it is a flat levy imposed on all ratepayers. Businesses pay a slightly larger amount ($182.85) than residents ($113.85). Given they can claim back the GST and that the payment reduces their tax liability the net amounts are likely to be generally the same. This means that Sky City as well as a retired resident of Piha will pay the same amount even though Sky City’s draw on the transport system is of a number of degrees magnitude greater than the Piha resident’s. And the payment is per residence or per business. I anticipate that a business with multiple properties would pay one levy. This is completely unfair. A fairer way in my opinion would be for the levy to be removed and for the necessary funds to be raised by a general rates increase.

Secondly Auckland Council has programmed into its rates policy a decreasing proportion of total rates being paid by businesses. This is despite the business draw on infrastructure being significantly greater than residents. It also has the appearance of a zero sum gain in that your average SME owner who also pays residential rates will save on the one hand but pay more on the other. Of course for corporates like Sky City and businesses owned by overseas interests there is no such problem and its shareholders are laughing all the way to the figurative bank.

The other beneficiary of a decrease in business rates is the Government.  As profitability rises so will the amount of taxation payable.  All in all the proposal makes sense for non Auckland residential rates payers but no one else.

And there is no evidence that the decrease in business rates will have a beneficial effect or is necessary.  Auckland’s problem is that it is growing too quickly and that businesses are coming to the area, not leaving.

Another area where I believe significant change can be made is to simplify Council processes. Things are too complex, forms too long and outcomes too unpredictable. There has to be a better way.

In relation to salaries I believe that rates for senior management are too high. I struggle to understand why anyone should be paid more than the mayor ($260,000 approximately) although I note there are a number of senior managers being paid well in excess of this.  In 2014 there 141 Auckland Council employees earning over $200,000 and 35 earning over $300,000.

At the same time I believe the Council can put a stake in the ground and become a living wage employer, at least as far as its direct employees are concerned. This will require a modest increase in rates but if we are determined to make Auckland a liveable city for all then it is the first thing we should do.  The increase was estimated to cost $2.5 million in 2013 which would very roughly be 0.1% of the amount of the revenue that Auckland Council collects.

If we are going to make rates more affordable then we will have to seriously address transport spending.  Transport is one of Auckland Council’s biggest spend.  I believe that not every current transport project on Auckland Transport’s books are necessarily deserving of our support.

What are the projects that we should be reviewing? I believe the inner city rail link is vital as it will double the potential capacity of the rail link and will make the average train trip faster and more predictable. But there are many others where an alternative approach would result in significant savings.

The general approach to dealing with transport demand is to feed the supply side, mainly by building more roads. We need to consider suppressing the demand side and there are many things we can do to achieve this. For instance current technology is such that a great deal of work can be done outside of the office. imagine if one day each fortnight 25% of the workforce worked from home using cellphones and laptops and video conferencing.

And besides car usage in Auckland has plateaued. You have to question the need for further roads.

Generation Zero have come up with a compelling proposal that would save $220 million per annum by spending predominately on public transport and walking and cycling projects and slowing down  many of the road projects that are programmed in Auckland’s Regional Land Transport Plan.

The other benefit is that the quickest way to degrade an urban area is to make it easier for cars to use.  And the best way to improve quality of life is by creating more people friendly rather than car friendly places.

So we could have a city that is cheaper for its residents, fairer, more resilient to change, healthier and more pleasant for its citizens.

What are we waiting for?