Get on yer bike and Vote!

Home / Steve Tollestrup / Get on yer bike and Vote!

Get on yer bike and Vote! 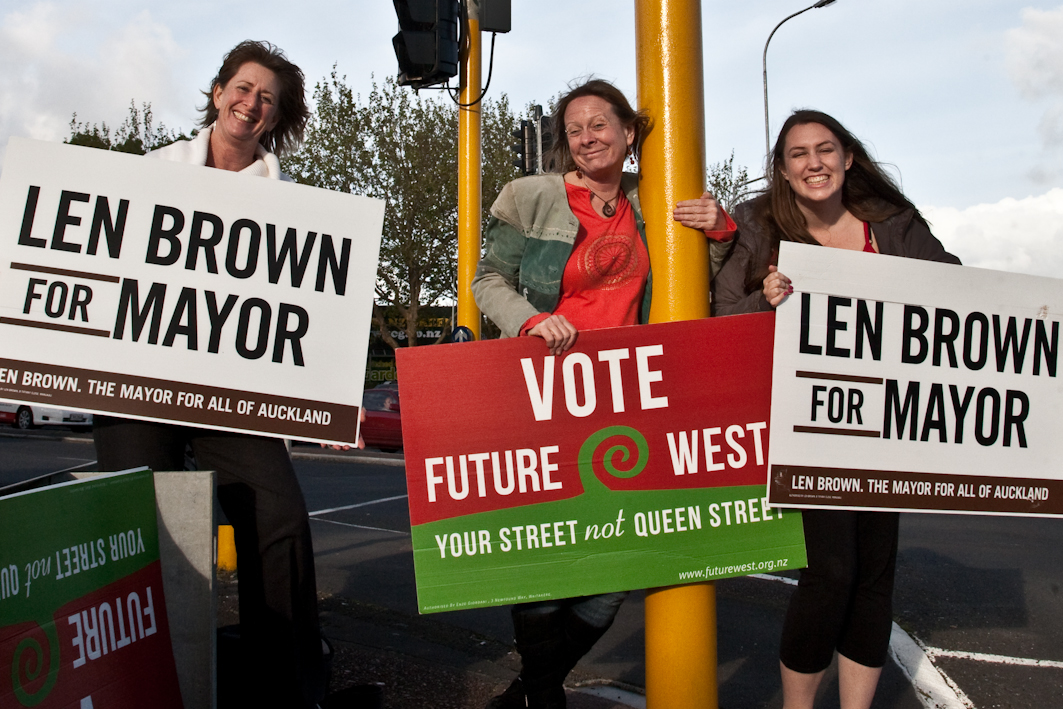 It’s the last weekend of the election and there are only five days left to post your vote (though up until Saturday October 9th, 12 Noon you can drop off at any public library).  Its time to make the right decision and vote for Future West.

Take a careful look at your independent candidates and their fudging on the tough issues. It seems they have all discovered overnight the value of the environment. Each is suddenly and miraculously green, yet none can bring themselves to actually say they stand firm on protection of the ranges. Their position is always compromised with words like ‘a balanced approached to the environment’ which sound measured and even reasonable, but should read loud and clear as code for subdivision, bulldozers and rapid development. Vote Future West

When we say we are about “Your Street not Queen Street” we mean something much more than a clever slogan. We are standing for a West with a voice and a community that is going to stand up to Queen Street financers, Epsom Act members and inner city National Party blue rinse set. Again we are clear that the foremost role of local boards is engagement with the local communities they serve and ensuring their voice and their concerns are vigorously supported and advocated for. Vote Future West.

Let’s be clear it takes a team to do that, not flip-flopping independents that can be picked off easily by smooth talking central government suits or CCO executives out to flatter them. Let’s again be honest, there are only two teams on this election ticket – Future West and Citizens and Ratepayers. One stands for Community, Environment and Democracy, the other stands for the surrogate policies of their National and Act funders, and the divisive politics of John Banks. Vote Future West.

This is the final weekend and returning officers note that the majority of eligible voters have not yet sent in their ballot papers. This is too important an election to ignore. This is Your West, Your Voice, Your Board- care enough to vote. Vote Future West.

We are clear and direct on your behalf and stand for:

Please, get on yer bike and Vote! Vote Future West