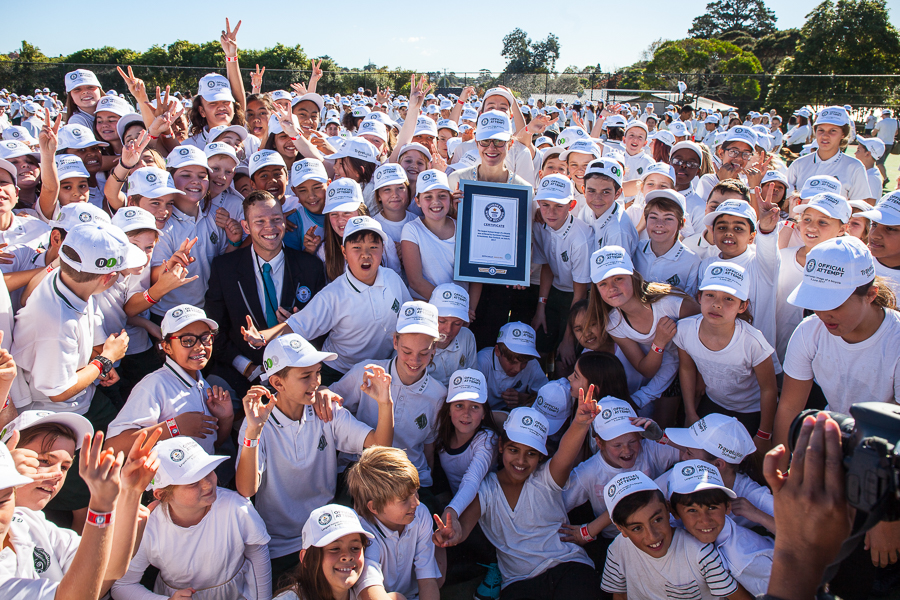 Following is my chair’s report for June 2017.

The Watercare board has decided that the site of the new water treatment plant will be in Woodlands Park and Oratia has been excluded from further consideration.

I attended the board meeting where the decision was made.  Watercare’s chair person Margaret Devlin added three riders to the draft resolutions considered by the Board.  Watercare is to seek to minimise environmental damage, it is to lodge the application for a resource consent through Council so that the opportunity for local people to have a say is maximised and there is to be enhanced consultation with the local community.

These concessions in my view are helpful and an improvement on the original resolutions.  If the plant does proceed then the minimisation of environmental impacts and the involvement of local views is vital.

The local Woodlands Park community is very energised about the proposal and I would not expect anything less.  A recent meeting that I spoke at where there were 250 people present is a testimony to this.

Like the Oratia community they are passionate about the place they live in and they want to protect it.  The thought of a large industrial complex being built in their neighbourhood is an anathema to them.  And they are worried not only for the environment but how Titirangi’s fragile streets are going to handle large trucks and construction crews.

The way I see it there are two possible outcomes:

To be honest I do not think that option 2 is likely although the design work currently being conducted could show that the site is much more problematic than originally envisaged.  If there is a potential cost blow out then rebuilding the original plant may be financially feasible.

Much as I would like Watercare to find some smart solutions that will result in no bush clearance happening I do not think this will happen.  Clearly Auckland’s population growth and the ageing nature of the plant mean that a replacement plant is almost inevitable and needed soon.  Watercare will want to go ahead with the current proposal.  The optimal result for the local community may be to attempt to affect the design to minimise environmental damage and disruption.

The local community will need to make a call on if this is what it wants to achieve and if so what is the optimal approach.

And what of the proposal?  Preliminary designs suggest that the plant could occupy much of the new site and two planned reservoirs will require bush near to Exhibition Drive to be cleared.

There is cleared area and bush of low quality that I have no difficulty with being built on.  But the good quality bush which forms part of Clark’s bush walk and provides a buffer to neighbouring houses should in my mind be avoided at all costs as should the forest near Exhibition Drive where one of the reservoir tanks is currently planned to be.

What do I think personally about the proposal?  My starting point is that the Waitakere Ranges Heritage area is a special place and should be protected at all costs.  I live near Woodlands Park and I walk on Exhibition Drive regularly.  The high quality native bush and trees make the area a special place to live in.  Any clearance should be avoided at all costs.

Besides environmental considerations there are very practical reasons for the bush to be preserved.  Most of Titirangi is stability sensitive.  We cut trees and clear bush at our peril.  And the roads are fragile.

I have acted as something of a go between between local residents and Watercare.  My preference is that the dialogue continues.  The campaign run by the Oratia community shows how a smart well targeted campaign can achieve good things.

I recently met with Ted Manson who is behind the organisation that is constructing the two tower apartment blocks in Glen Eden.

Ted is a rarity in these times.  He is clearly a successful businessman.  But he wants to achieve good and I am convinced that he is motivated by the best of intentions in seeking to build these apartment houses.  His description of the project shows there is a great deal of charity involved in the proposal.

We do need every dwelling we can get.  The housing crisis is a scourge on Auckland.  Having kids whose families have jobs with no choice but to live in cars is not the sort of New Zealand I want us to have.  And the effect of the crisis is wide.  Families living in crowded sub standard conditions blights the future potential of our young ones.  Paying exorbitant amounts in rent means that many basics which should be guaranteed are not happening.  And having a society where teachers struggle to pay the rent but can never dream of owning their own property is just wrong.

So Ted’s project is important.  We do however have to make sure that these developments have a positive effect on the surrounding area.  A compact urban form is a good thing as long as it is a good quality urban form.

And there is a virtue in building around our transport nodes.  Developments such as these mean that we can avoid the pressure to build into the foothills of the Waitakeres.  And they make our city more carbon neutral in that they lessen the need to drive private cars.

The details of the project are that it will comprise 169 units about 60% of which will be community housing.  There will be a building manager and Compass has been engaged to provide social services for those in the buildings that need them.  The building will also use modern security techniques.

The practical details of the construction are that it will start in about a month’s time and should be finished in April 2019.  Demolition of the existing buildings is already occurring.  There will be a peak workforce of 150 people.  I urged Ted to make sure that there was parking provided so that the effects on the surrounding area were minimised and he said that he would do this.

The local board also met recently with Housing Corp who is planning a six story building on Wilson Road.  The plan is that the building will house older adults.

These buildings will mean a great deal of change will happen to Glen Eden.  The Board will work to make sure that Glen Eden is ready for this change.

The board has released for consultation its draft Local Board Plan.  The intent of the finalised plan is to set out publicly what we hope to achieve over the next three years.

Six areas are set out in the draft.  We wish to actively protect the Waitakere Ranges Heritage area, to protect and enhance our unique natural habitats, we want our communities to celebrate their distinct identities, we want local people to experience local arts and culture and recognise our heritage, and we intend that our urban centres are enjoyable places to be and that community spaces and recreational facilities meet local needs and are easy to get to.

Local feedback is really important to us.  We want to see if residents agree with the priorities and to identify anything that we may have missed.

Feedback can be provided via the Shape Auckland website (http://shapeauckland.co.nz/).

Under section 34 Council is required to monitor the state of the environment in the heritage area, the progress made towards achieving the objectives, and the funding impact arising from activities to be taken to give effect to the Act.

It is a chance for us all to take a breather and to work out if there is something we need to do for our beloved Waitakere Ranges to make sure their health remains viable.

I believe the Act has has a profound effect on the people living out west.  Locals are very proud to live in the heritage area.

The second monitoring report is now in the process of being prepared.  It is a very significant report.  The first report 5 years ago presented a snapshot of the state of the Ranges.  This report will show if things are improving or getting worse.

An initial community meeting for feedback has been held.  The report is expected to be completed by April next year which will also mark the 10th anniversary of the passing of the Act.

One of the more fun duties I have had recently was to be the official witness of an attempt by local primary schools to create a new Guinness World record for the most people forming the shape of a bicycle.  I am glad to say that the attempt succeeded and the previous record was smashed with the new record now standing at 1,799.

Here is an aerial photograph to give you an idea of the size of the feat:

And here is Kathryn King, the Auckland Transport Manager responsible for walking and cycling who sponsored and organised the event, and some of the very happy world record holders.

Matariki is developing into an important local festival.  It is the date accepted as the Maori new year.  This is the time when the constellation known as Matariki or the Pleadies appears.  For Maori it is a time to reflect on what has happened during the previous year and to also make plans for the year ahead.

Out west we had a very successful Matariki celebration at Arataki recently.  A number of activities were coordinated.  One of them was a photography contest where residents were invited to submit photographs of the Forest, Sky or Sea.

The contest was very successful with over 700 entries being submitted.

I judged the entries in the The Forest – Te Ngahere category. It was a difficult job.  A total of six photographs had to be selected out of a total of 193 entries and there were many superb shots.  I managed to create a shortlist of 20 and then had to brutally rule out some exceedingly good photographs to reach the required number.

The winner of Te Ngahere was Piha resident Heidi Padain for this beautiful photograph of a Tui.

The other categories were the Water – Te Wai and the Sky – Te Rangi.

Overall winner was Martin Sercombe with this outstanding shot of a could formation over Whatipu.

Clearly the Waitakere Ranges provides artistic inspiration to local photographers.  Hopefully this competition will become an annual event.  And congratulations to Glenn Browne and the team at Arataki for the wonderful festival which will I am sure become a permanent part of the local events calendar.

Steve Tollestrup, Denise Yates and I attended their recent AGM.  WEB has been in existence for a number of years and performs many important roles in relation to ethnic matters particularly in relation to new settlers.  The executive members introduced themselves to the meeting and they present a tremendous range of skills and backgrounds.  I wish them well for their work ahead and look forward to meeting with them to see how the board can assist them with their efforts.

The Glen Eden Business Improvement District, with the assistance of a grant from the Mayoral fund, commissioned local artist Heathermeg Sampson to part a mural on the side of Paul Borich’s pharmacy in Glen Eden.  The work is outstanding and a tribute to Heathermeg’s talent.  She managed to use intricacies and features of the building and environment to beautify what was otherwise a rather dull area.  Congratulations to Heathermeg and I recommend everyone should check it out.  It is immediately adjacent to 258 West Coast Road if you want to see it.