Chair’s report May 2017 – what Watercare should do, Anzac Day and a celebration for Piha

Home / Anzac day / Chair’s report May 2017 – what Watercare should do, Anzac Day and a celebration for Piha

Chair’s report May 2017 – what Watercare should do, Anzac Day and a celebration for Piha 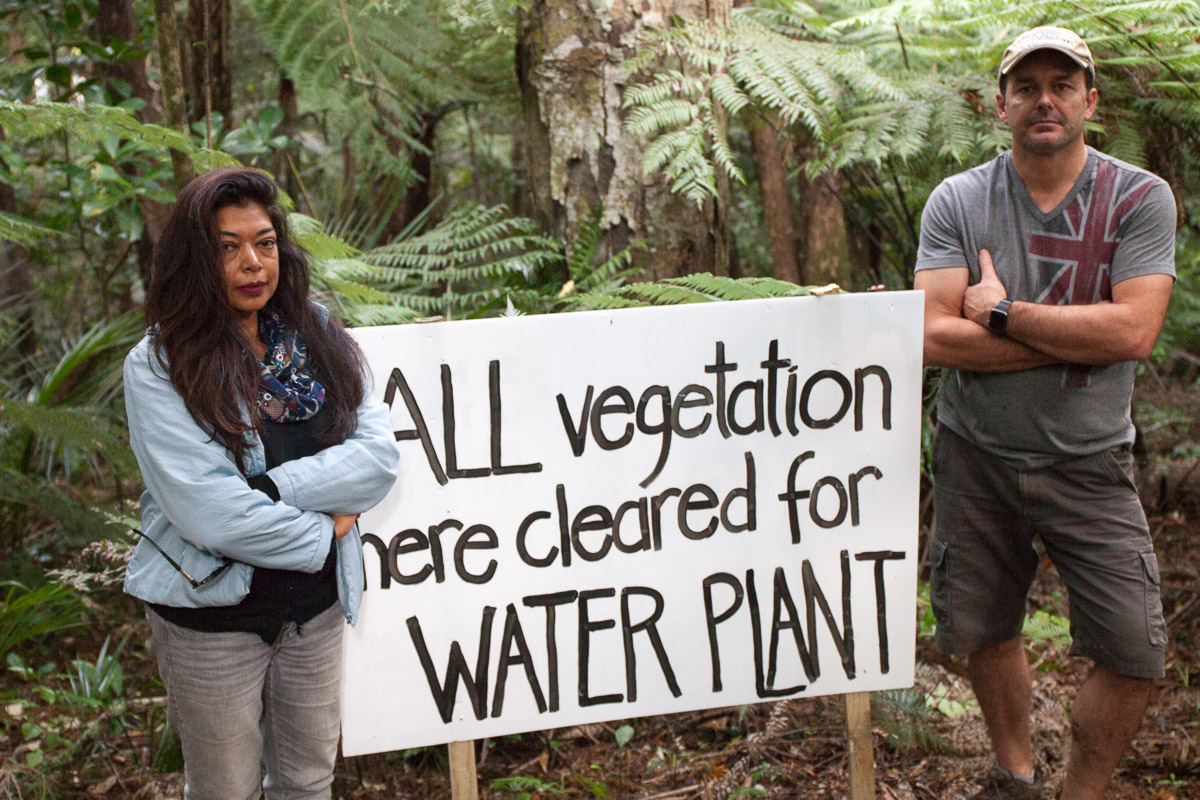 One of the most satisfying parts of my job is the writing of the Chair’s report each month.

This makes me focus on what we want to achieve this term and on what has happened so far.

This month, like all of the other months, has been full of events and matters of interest and interaction with people wanting to have a say about how our area can be made better.

The local board recently made a submission to the Auckland Council on the draft annual budget.

The Mayor is committed to capping the rates increase for the coming year to no more than 2.5%. The local board discussed this and reached the view that we should advocate for the rates increase to be that anticipated in Council’s long term plan which is 3.5%. The basic reason for this is that the city is growing extraordinarily quickly. In the year to June 2015 it grew by 2.9% and in the year to June 2016 it grew by 2.8%. A 2.5% increase means that per head of population Council’s spend is going backward. I accept that some things can be done more efficiently but the infrastructure cost of growth is huge and this makes the head of population spend even worse.

This has an effect on all areas of council activities. An example is libraries where our local libraries have had a reduction in staff resources of 10% following a restructure despite early indications to the contrary. Another example is in the environmental area where already stretched budgets are being further stretched. Rampant weed and pest problems are a consequence.

In other parts of our submission we supported the maintenance of the current split between residential and business ratepayers, did not support a targeted rate on accommodation providers in the local area for tourism promotion, supported a living wage being paid to council staff and contractors, and supported greater contribution to the cost of new infrastructure by developers.

This issue continues to dominate our time and our email inboxes. Over the past few weeks I have received many, many emails from people concerned at the proposal that Watercare will build a new water treatment plant either in Oratia or in Woodlands Park. The number is in the thousands. I have spent a lot of time reading emails and replying to them.

There have been some especially memorable examples. Like this email from a young woman who is 12 years old and lives in the red zone. I have removed identifying details:

I am writing this by myself to give a child’s perspective on things and attempt to explain the magic of Oritia community.

Me and my family moved to Oritia on March 2015. I remember the first day of living in Oritia, the day we moved. Driving down the twisting road called Parker Road I knew that this was right, that this was my home.

The way down the road we were greeted with waves and smiles that to this day make me smile.

I am lucky enough to live down a shared driveway with neighbors who have turned into our family.

We have formed many relationships with our community and we are not willing to be separated.

I said we have made friends who have turned into family but really the whole of Oritia is one big family who look out for each other and ALWAYS have each others back.

I first heard about WTP in Oritia about a month ago while on my way to school. I carpool with my friends who live down my driveway as we go to the same school when I was told that a water treatment plant may be built in Oritia.

Through the next few days I learnt a bit more on what was going on but then a few days later I woke up to see my dad very stressed and worried as he scrolled through his phone.

He told me that our house and many others may be destroyed for this giant water plant.

We were in shock as were many other families in Parker Road.

Since then Oritia has been fighting and fighting for our homes.

I cant even begin to imagine living anywhere else but here. It would take away our community family.

One of the best things about Oritia is the feeling of freedom away from everything outside our little corner of the world.

Around the driveway there is a lot of bush where me and my friends can run and play in the bush whenever we want, thats what will be taken away.

I can walk over to any of my neighbours houses and be welcome, thats what will be taken away.

I intend to live in Oritia as long as I possibly can, that will be taken away.

The soul and heritage of Oritia is the heart of our community, that will be taken away. Our community has grown strong this past month and it makes me so proud to say, I live in Oritia and we are not going anywhere and we will never stop fighting!

Or this example from another young Oratia resident:

and my pets live here

There is also this video created by Oratia children. I challenge you to watch it and not be affected.

The Oratia resistance started early and has been very well organised. I have been involved in a number of citizen based protest movements over the years and the Oratia effort is one of the best I have witnessed.

The residents of Woodlands Park have also become active however. Like Oratia they fear the devastation of their environment and the disruption that the construction of a large industrial plant would cause their area.

They are worried not only about the destruction of high quality bush and the felling of significant trees but also about the chaos that the construction of a large plant will cause to their neighbourhood.

The number of emails from the Woodlands Park community is in numeric terms lower than the number received from Oratia but in terms of passion and content are just as impressive.

There has been a huge expectation that local democratic power should have significant control over what is happening. The basic problem is there is a deficit of democratic control. When a Council controlled organisation is making a decision that will have a significant effect on a local community the consultation should be spectacular. Watercare’s consultation is, in my personal view, only what is required to meet RMA requirements and for democratic representative purposes it should be better.

I believe that Watercare should go back to the drawing board and engage in a real consultation with local communities. Rather than one huge plant we should have a discussion about two or more smaller plants. We should have a discussion about a plant situated in an industrial area and what the energy implications are. We should also talk about options like modern technology filter plants at the dam sites and what that would mean. We should also see if the existing plant can be retrofitted to give it further life or if parts of it such as the settlement tanks can be retained for ongoing use.

But the problem is that we are being asked to agree to huge industrial water filter plant options, one in Oratia that will displace many families from their land and one in Woodlands Park that will result in the clearance of pristine bush. There has to be a better option that will avoid both of these consequences.

Recent events at Piha have caused a lot of consternation. A number of fires have occurred, most involving bush but the iconic cafe Adey’s Place also suffered from fire. The fires are suspected to be because of arson and an arrest has occurred. There should be no further comment about this aspect of what has happened until the justice system has finalised its treatment of the allegations.

But the incident brought home to me what an outstanding job our volunteer fire brigades and the services perform for us all. To acknowledge them the local board intends to hold a civil event in Piha where their contribution and their commitment will be formally recognised.

Anzac Day is one of the busiest yet most enjoyable of the calendar of a Local Board member. In the Waitakere Ranges Local Board area there are no less than eight ceremonies. They are all quite unique and have their own particular favour. Local Board members fan out to different events to make sure that we cover them all.

It was my privilege to attend three of them this year, the dawn ceremony at Waikumete, the morning ceremony at Titirangi and the afternoon ceremony at Piha.

The dawn ceremony is a very solemn event, the cold and the dark adding to sense of ceremony. The numbers attending this year were huge and the event went flawlessly. The staff, some of who were up at 3 in the morning preparing the area, deserve a large vote of thanks.

The event is especially memorable as dawn breaks during a very important part of the ceremony.

I then attended the Titirangi ceremony.

The Titirangi RSA under the guidance of Dave Lawrence is a very gentle happy yet solemn reminder of the importance of the day. Dave has guided the ceremony for many years and has perfected the art of doing so.

The schools have a major part to play with a number of young Primary School students singing the Anzac song. This year was especially noticeable because of a group of young women from Green Bay High School singing John Lennon’s “Imagine”. A more suited yet more radical song for an Anzac day ceremony I could not imagine.

The final ceremony was that at Piha. This is something everyone should experience. Locals walk behind a Highland Band from the RSA to Lion Rock where that most beautiful of areas is used as a backdrop. People then get to contribute to the ceremony each in their own way.

After that there is a trip back to the local RSA. To cap off a very memorial day bagpipe players compete with each other to play well known tunes that do not normally get the bagpipe treatment.