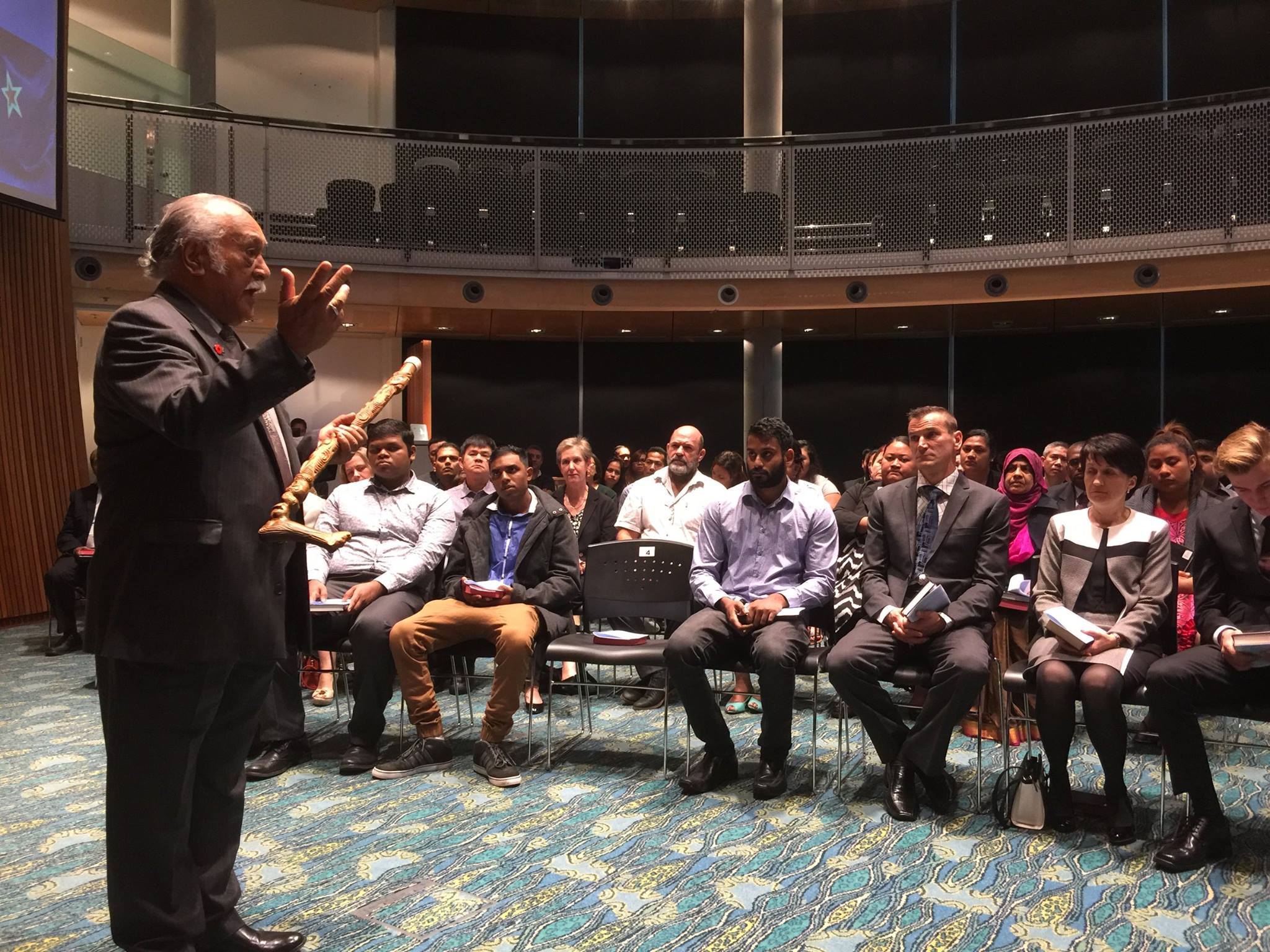 One of the more pleasurable jobs I have as a Local Board member is to attend citizenship ceremonies. The Waitakere ceremonies are very well put together. They are held in the old Waitakere City Council chamber. Candidates and their families are invited to attend.

The ceremony starts off with a traditional Karakia and Waiata. Kaumatua Fred Holloway has officiated over more ceremonies than just about anyone can remember. Henderson Massey chair Vanessa Neeson also regularly attends.

The Waiata is sung either by a group of Council employees who give up their spare time to attend or a local cultural group assist.

Following this there is a quite enlightening short video prepared by Internal Affairs and featuring Peter Dunne which concludes with the statement that New Zealand has many peoples but only one citizenship and that until that day New Zealand was home for the candidates, but now it is also their country.

The ceremonies conclude by the announcement of the countries from where the candidates originated. And the list is always impressive. From 20 to 30 countries around the world people have come to New Zealand to make it their home.

And New Zealand has become incredibly diverse. In Auckland almost a quarter of residents are Asian and an astounding 39% of usual residents were born overseas. Approximately 15% are Pacifica and around one in ten are Maori.

But we have all learned to acknowledge those common characteristics that we share as well as celebrate our diversity.  And we are the third most diverse city in the world, ahead of traditional powerhouse melting pots London and New York.  Only Dubai, Brussels and Toronto are ahead of us.

And in terms of quality of resettlement the 2015 World Migration Report from the International Organisation for Migration rates Auckland’s efforts highly.

The study found Auckland was doing well in settling migrants, and was recognised as one of the cities that was “paying increasing attention” to the role that migrants play.The report said these cities were “attempting to create an opportunity structure for natives and newcomers alike through partnerships with migrants, the private sector and civil society”.

or the annual Holi festival …

which are that good that even the Police join in.

We have something special in Auckland.  I hope we always keep it this way.