An interview with Bob Harvey about eco city

Home / Environment / An interview with Bob Harvey about eco city

An interview with Bob Harvey about eco city 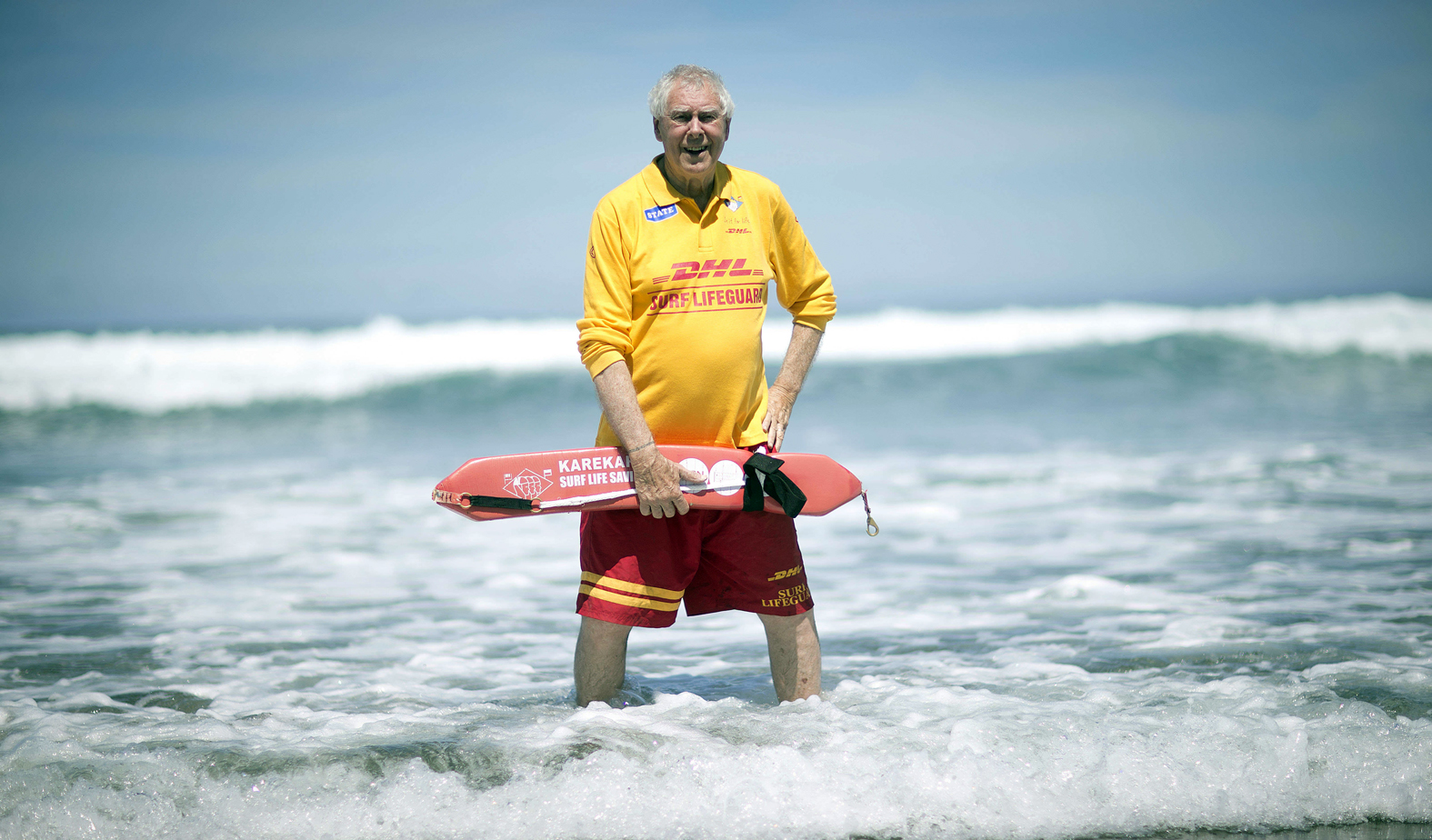 Bob Harvey has concievably had a greater effect on West Auckland politics than any other politician ever. He started his working career as an advertising guru back in the 1960s and was the brains behind Labour’s 1972 “Its time for a change” campaign. This was radical for its time and propelled Labour to victory that year. It lost power three years later but that is another story for another time.

He decided to enter local government politics in the early 1990s and was elected Mayor of Waitakere City in 1992. Together with others such as Dorothy Wilson and Anne Magee and subsequently with other Councillors such as Penny Hulse and Carolynne Stone he was the creator and driver of the Eco City concept, a proposal that Waitakere City should run sustainably.

The concept borrowed heavily on the Agenda 21 action plan, a sustainable development plan championed by the United Nations. At its core was the belief that if we are to create a sustainable world then it has to be deeply rooted in and have the full support of the local community. Community involvement and buy in is just as if not more important as the steps that need to be put in place to protect the environment.

Bob has been called many things during his time, a maverick, a stirrer, an anti establishment radical. But you cannot fault his left wing credentials or his dedication to the city and to its environment and his election to six terms as mayor is testament to the high esteem he was held in by Westies.

And Eco city is the most pristine gorgeous concept for a city to aspire to imaginable. It is a shame that the Super City does not aspire to becoming an Eco city.

Bob was also arguably one of the drivers of the Auckland Super City. A visit to Wellington by the Mayors of the major urban areas in 2006 planted the seed for the then Labour Government to announce a Royal Commission into Auckland Governance and the eventual formation of super city.

Bob’s reign as Mayor ended at the inaugural super city election in 2010 when he did not seek re-election. Since then he has been involved in the redevelopment of Auckland’s waterfront and more recently has worked in Len Brown’s mayoral office particularly on climate change issues.

It was my pleasure to serve on Bob’s Council during the Future West years in 2001 to 2004. I caught up with him recently and had the opportunity to talk to him about the Eco City concept, about the protection of the Waitakere Ranges which was something very close to his heart, and about his views on Auckland Super City.

Following is an abridged transcript of our discussion. My questions are in italics.

I thought Eco city was an important historical concept that needs to be preserved and enhanced and you are the person to talk about Eco city. So Bob six years on do you think that the super city is working as intended?

Eco city has not been lost from the west. It was a magnificent concept that I have some ownership of but it was not totally my creation but the creation of a very very good council and some very good people. It was a true team effort and unfortunately the super city has not been blessed by a team effort. It has been divided by factions of people with different agendas and different politics which is disappointing. It really needs a Council who are united with common goals and I think the environmental agenda which Waitakere had has been now lost in the minutia of council business.

The old Waitakere Way was for Councillors to work collaboartively no matter what their political views were.

Absolutely and it worked for almost 18 years. We had a small period where we were factionalised and in that time we went backwards and we could see clearly that to be united in common goals and common issues as a Council worked. Auckland Council from a management and officer level works but it lacks the culture that we had in Waitakere City and I think that probably came down to an organization that feels that the Councillors and Mayor are not working with the officers and management.

What about the Eco City concept? It was an integral part of everything that Waitakere City did but my impression is that those heady days have disappeared and Auckland Council is less concerned with environmental protection than Waitakere City Council was.

I think this is unfortunately true about the Government also. The Government sees the environmental agenda at about number 20 on their list of priorities and know there are serious issues in Auckland. Housing, health are topics of huge media interest but the environment should be in the top five and it simply is not and this is something that I am deeply concerned about.

An argument for a Labour-Green Government?

I think that could be one of the answers. We could look now at the way that the Greens relate to Labour. I don’t know if that is the total answer. I think both leadership in the environment is needed and I am yet to see strong environmental leadership from either major party.

I think environmental issues are of huge concerns to the voter. After all they watch TV each night. Right now as we are talking Paris is under water, the New South Wales is being flooded, and we have our own intense weather patterns and I don’t know why the Government and all of the political parties are not focusing on this vital, vital issue.

Climate change is one of those issues where every city and every community must play their part. What are your thoughts on Auckland Council’s response to that issue and what can it do better?

I think Auckland Council should be and must be the leading Council in New Zealand for environment and sustainability and they are simply not up to it.

I was at COP 21, I was in Paris and I thought that six months into the year we would have some strong clear signals. They are missing, they are sadly missing.

Can I ask about one of the highlights of your rule as Mayor and that was the Waitakere Ranges Heritage Area Act? It is eight years old now and it appears to be that it is working as intended. Development has been arrested but people continue to live and use their properties as they used to be able to. Is that your impression as well? Do you think that the Act is working out as you hoped it would?

I can’t believe how well it has been respected. Yes there is an Act of Parliament which is strong but it is not draconian and I have always believed that New Zealanders will do anything that you ask them and nothing you tell them. We have clearly signaled that the Waitakere Ranges are very important. They are a treasure, a taonga, and there are certain rules if you live out in the west we would like you to go along with. And I think all political parties and communities have bought into that. I mean we have done some outstanding things out west. We have done the Hobsonville development. I have never seen a better development. It is sustainable in design style and its message. And New Lynn. We have set through good planning and good design fantastic new communities and they will work. We have created new communities. The greatest legacy is the Waitakere Ranges Heritage Area Act and I think that after eight years it is good for the next 800.

It is great the way that it has been socialised and I like the way that even previously strong opponents are now saying that it was a good idea.

Yes and I think that is a tribute also to the Waitakere Ranges Local Board which has endorsed and continued to monitor and I have to applaud the way that the area is being closely watched and closely monitored. I have to say that our work, a bit like housework, is never done. It must be continually assessed. I am not being draconian. The Waitakere Ranges Heritage Area Act must be carefully guarded and the guardians, self appointed and politically elected are onto this. Good on you.

Turning back to the current council my impression is that working relationships are very poor and the Council is suffering for this. I sense you agree with this and what do you think are the solutions?

I think these early councils tend to be factionalised because they catch a lot of former mayors and former political brokers of past councils and they are still getting over the pain and grief of their rohe, their areas disappearing and I think they put issues that are often unnecessary on the Council table and I think that this has been the most difficult of any large city in the last 20 years. The workload is enormous and I think that it is not secret that there is a lack of leadership for a whole range of reasons.

How about you. Is there the prospect of a political comeback in the future?

No I have not considered returning to local politics. I certainly follow politics and I have had almost a lifetime of politics working for Labour of which I am intensely proud of. Working with Prime Ministers on the left and continuing to observe the very theater of politics. But right now at the age of 75 I am pleased to mentor and have extremely good relationships with young emerging leaders through Leadership New Zealand and its mentoring programme. I am working with about 7 organisations that I hope will see a better political future than the one we have now as the changes I think politically will be enormous as New Zealand will be transformed and is being transformed I think into a future that includes climate change and climate control the ability of young emerging leaders to actually work in a more positive way than the way we are currently seeing.